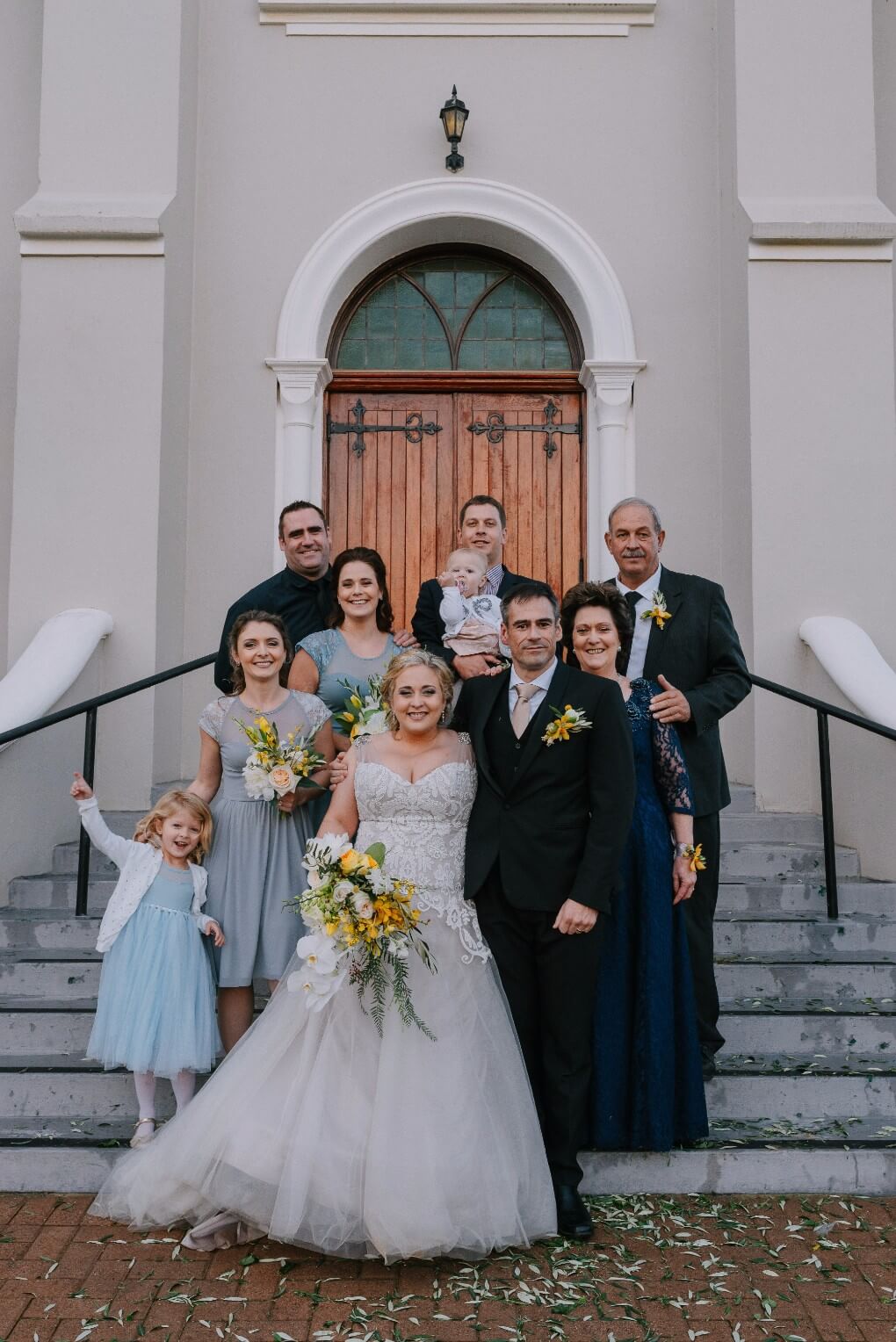 History of the Vlok family

28 June 2008 marked the half century anniversary of the Vlok family’s arrival in the prosperous Riebeek Valley. Adriaan Johannes “Attie Vlok” and his wife Anna Vlok (nee Jordaan) settled in the valley in June 1958 on the farm Remhoogte which is still in the family. They had 9 children; 7 boys and 2 girls. The eldest son chose not to go into farming and likes to joke that it was too much like hard work. In truth his passion was with medicine and he went on to become
a Professor in Orthopedic Surgery.

Of the remaining 8 children, all are involved in farming of some kind, either directly or indirectly, a family business which has passed on to the grandchildren with great success.

The Môrester farm was purchased in the same year 1958, and is now the family seat of Johan and Ansie Vlok and their 3 children. It is here that Het Vlock Casteel is based.

Johan and Ansie met at the University of Stellenbosch where he was studying for a degree in Viticulture and Oenology and she for her degree in Food Science. They married in 1983 and soon settled on Môrester farm. Their firstborn child, a daughter Anne-Mart followed in 1984 and their son Adriaan Johannes “Johan” (named for his grandfather) in 1986. Their third child, another daughter Ansie, completed the family in 1988.

Anne-Mart has a degree in Psychology and has also studied at the prestigious ICA Culinary School in Stellenbosch. Johan Jnr is following in his father’s footsteps and  he joined the farming business in 2011 after completing his post-graduate degree in Viticulture. Ansie has completed her Bachelor’s Degree in Marketing and has joined Het Vlock Casteel in 2012. She is in charge of the Weddings and Function as the Coordinator as well as the Finances of the business.

In 2011 Lila joined the family when she married Johan Jnr. More expertise was added to the Vlok Business with her having a Hons. Degree in Oenology. She is now involved with the Farm’s office – the finances and the Audits for the exporting of the fruit. She and Johan have 3 daughters; Jané, Lise-Louise and Amélie. Anne-Mart married Cyril Engelke in 2017 and they live in Wellington. She is indirectly involved in Het Vlock Casteel, “Die Winkel”, by providing Sweet Treats as well as cork craft.

Ansie Jnr married Bernard Nigrini in 2017 and they have a baby daughter, Mia.

Their cousin,Jolise Jacobs, has joined Het Vlock Casteel in 2008. She is in charge of ‘Die Winkel’ ; handling the planning of orders, the staff as well as the public. She is also involved with the coordinating of Weddings and functions.

Inspired by his father’s (Attie) ingenuity and visionary farming techniques, Johan Snr saw the potential in the land and it is due to his foresight that the farm went from producing predominantly table and wine grapes in the 1980’s to the wide diversity of produce available today.

It is important to note that a number of the farms in the Riebeek Valley are in Vlok hands to this day.